He takes his time, whistles and sings. Sometimes he swears in French or in Spanish. The pieces of rust are spread on a table he salvaged from one of the garbage containers on the plant site.

He washed it well before aligning his seasoned tools. I know what he has in mind: one of his early poems from his youth in Morocco. A minaret slowly emerged with amazing details…Bits and pieces of rust on the canvas of his memories. He works resiliently, it is a warm day. He gazes through the window in front of him once in a while, just enough to mention the passage of the ravens.

I feel part of the walls, deep in. I know it is going to be beautiful and it will match what was there a long time ago. All is going full circle, while he is getting an almost hypnotic sense of its surroundings, past, present and art.

This is what I felt from the beast when I was a little girl, this power of a unique creative entity: Something untamed and mesmerizing. 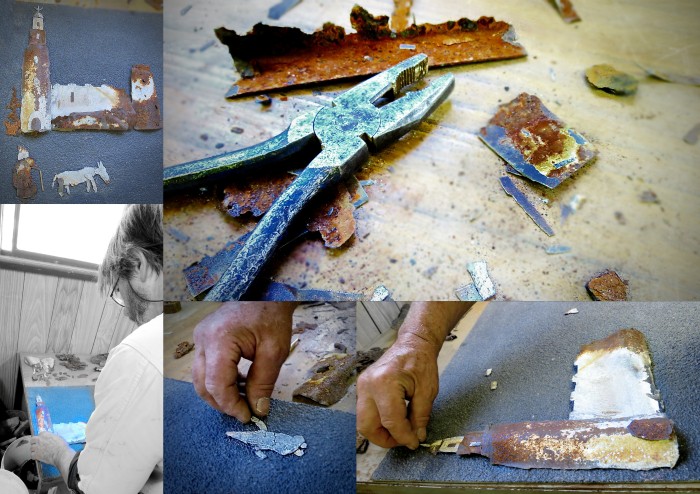 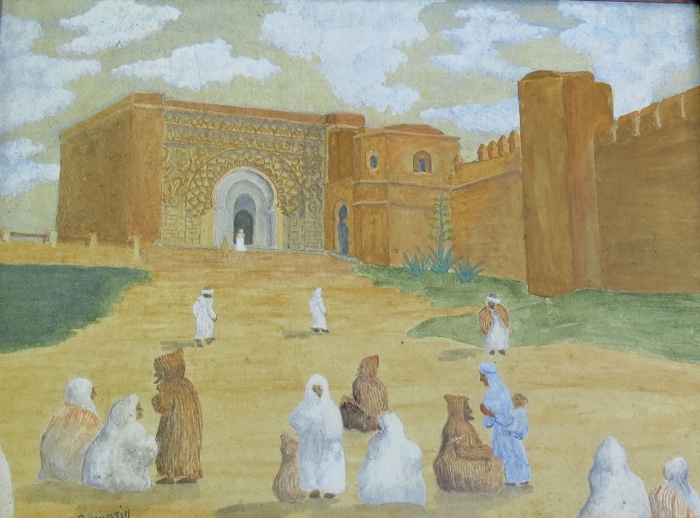 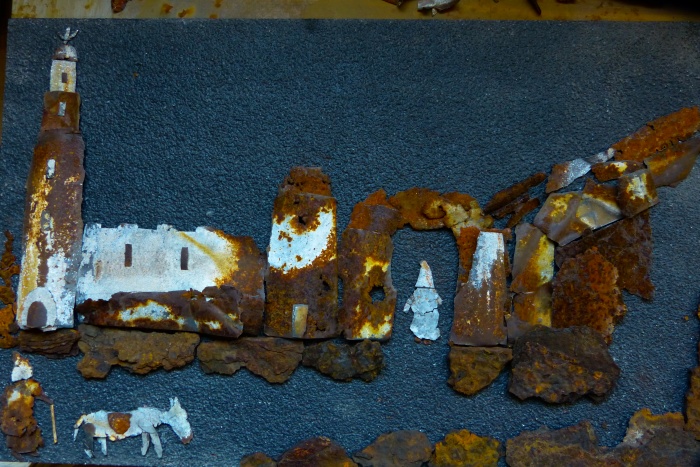 One thought on “Following a trail of rust”