I had dreamed to live on the other side of the planet while growing up in Provence. I was a sad little girl in France and swore to myself to escape one day.

After my studies I went to Canada and lived there for over a quarter of a century but always dreaming of the other side of the mirror, “aux antipodes”: Australia.

I finally reach Oz for the first time in January 2011. Since then I had to make life changing choices and burn many bridges. The candle is now lighted on both end into a contrasting ephemeral existence with no future.

Que sera sera but I am not lost anymore.

You might be transported to other continents by some exotic pictures, postal cards blue ocean and white mountains, but I am traveling within your daily life in these places we ignore or are disturbed by. I see ghosts who give my life meaning and dimension.

My name is Agnes Durbet, I am a Canadian in Australia

I came to this country on a dream expecting to be disappointed by an all too rough reality. But I fell in a magic well of creative minds in the most unexpected place.

Visiting a childhood friend (Ape) who works out of sewage treatment and water filtration centers in and around Sydney, I went into the center of the earth and back, deep into the belly of the city where its guts had the gloomy look and smell of a putrid dragon. Most of the places are surrounded by glorious sceneries, offering a world of deep contrasts.

Industrial grounds in the mountains or on the ocean shores are hidden to the public but so ever extravagant and rich. The major theme is water in all its forms, salty or fresh, clean or soiled.

I recognized it was once in a life time chance and unimaginable gift.

Recording everyday scenes and adding some of my perceptions to an already colorful set of characters: Each wave is unique, each worker as well. All create magical scenes made in Hell or Heaven, striking contrasts and a story worth telling. 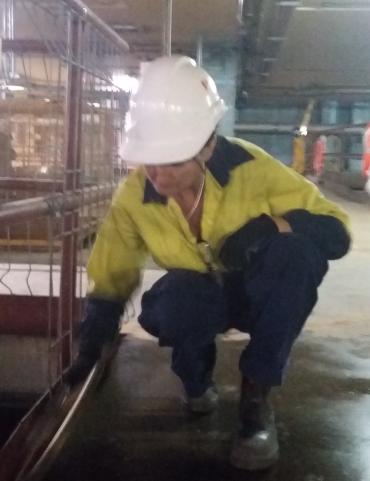 I found poetry in challenging places. Beauty is trapped is a job well done and in professionally crafted solutions. Tradesmen are a gems, the industrial background a stage, Ape the main character. His words and photographs are as striking as his daily work, defining a precious mind and philosophy. 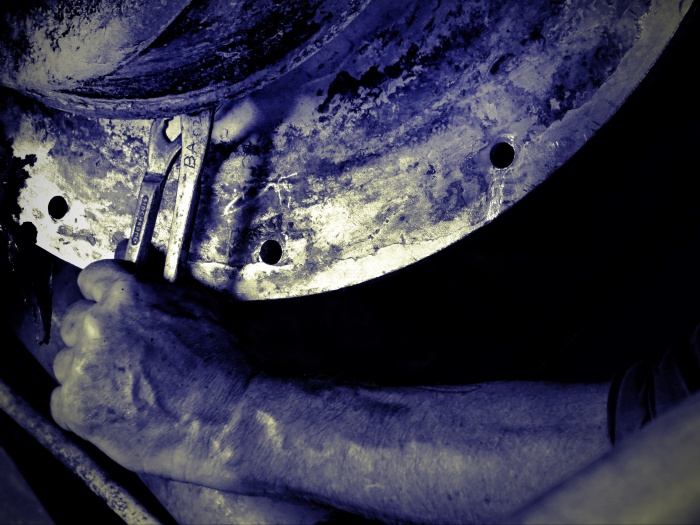 Tales of the Blue Rust

Tales of the Blue Rust